Most parents genuinely do their best to provide their children with a happy and healthy upbringing, but even these individuals can accidentally make mistakes that may result in future therapy appointments.

Unfortunately, some parents go beyond the occasional mistake and veer into the toxic category. Regardless of whether or not a parent is purposefully being toxic, there are several behaviors that can cause so much emotional and mental damage to a child that it ends up greatly affecting them even after they have grown up.

If you experienced any of the following situations as a child, the odds are high that one or both of your parents were at least slightly toxic.

They Fail To Provide You With Affirmation And Security

Some people believe that showing tough love is an important way to ensure that their children are able to take care of themselves in the future. If you were the recipient of this approach on a regular basis, you might even believe that this has had a positive impact on your life. However, if you practically fall apart now because of any perceived failure or rejection, then this most likely stems from a parent’s toxic refusal to provide you with the right amount of security and affirmation while you were young. Tough love might work sometimes, but it cannot be the only approach a parent takes if they want their child to become a well-rounded adult.

They Are Overly Critical

Everyone’s parents criticize from time to time. Without this component, we might never learn how to do numerous things properly, such as everyday chores like washing laundry. A toxic parent takes this to extremes by being overly critical about everything their child does. Parents can make the mistake of believing that they do this to make sure their children avoid making costly mistakes. Unfortunately, what this behavior really does is causing the child to develop a harsh inner critic that can be borderline crippling during adulthood.

They Demand Your Attention

Toxic parents often turn their children into their own parental substitutes by demanding their attention at all times. This can be seen as bonding between the parent and child, but it is really a parasitic relationship that requires too much of the child’s time and energy when they should be focused on learning other skills. Although it may be difficult at times, a well-rounded parent will allow their children enough space to grow and be kids without demanding constant interaction to suit their own needs.

They Make Toxic “Jokes” About You

All parents occasionally pick on their children, but when the so-called jokes become commonplace, this can be a huge problem. You do not need to accept this type of behavior just because your parent has always joked about something such as your height or weight. Ultimately, this is an undermining tactic that can make you feel very badly about yourself. If a parent has a legitimate concern to address with their child, they should be honest and non-critical, as opposed to making mean jokes.

They Cause You To Justify Terrible Behavior

Did you grow up believing that your parent was physically or emotionally abusive to you because you deserved it? If so, you may still be justifying the terrible behavior of others at your own expense. Toxic parents can twist any situation to suit their needs, and this leaves children with two choices: accept that their parent is wrong or internalize all of the blame. In most cases, children, even those who are adults now, choose the latter option.

They Do Not Allow You To Express Negative Emotions

Parents who refuse to nurture their child’s emotional needs and make light of their negative emotions are setting up a future where the child will feel unable to express what they need. There is nothing wrong with helping children see the positive side of any situation. However, being completely dismissive of a child’s negative feelings and emotional needs can lead to depression and make it more difficult for them to appropriately handle negativity as adults.

They Scare Even Their Adult Children

Respect and fear do not need to go hand-in-hand. In fact, children who feel loved, supported, and connected are much more likely to be happy as adults. Although discipline of some sort will inevitably be necessary from time to time, non-toxic parents do not use highly fearful actions and words that are permanently damaging to the human psyche. Children should not need to be afraid to be respectful, and adults should not need to end up feeling anxious each time their parent calls or emails.

They Always Put Their Feelings First

Parents may believe that their feelings should come first during family matters, but this is an antiquated way of thinking that is not going to foster positive relationships. Even though parents do need to make the final decision about everything from dinner to vacation plans, it is necessary to consider the feelings of every family member — including the children. Toxic individuals constantly force children to suppress their own feelings in order to appease their parents.

They Co-Opt Your Goals

Did one of your parents become interested in everything you were doing to the point where they took over or even duplicated you? This can seem like the actions of someone who is interested in their child’s life, but what it often does is making it harder for the child to actually meet their goals. For example, if you have to sell 50 boxes of cookies at the same time that your mother decides to make cookies and pass them out to the neighbors, it is going to be a lot harder to hit your sales goal. This behavior can derail you throughout your entire life if you allow your parent to keep getting away with it.

They Use Guilt And Money To Control You

Every child has experienced a guilt trip from their parents, but toxic individuals resort to this tactic on a regular basis. Even as an adult, your parent might still be controlling you by giving you expensive gifts and then expecting something in return. If you fail to do as they want, they will then try to make you feel guilty about it because of “everything they have done for you.” Healthy parents know that children do not owe them a specific response in exchange for money or gifts, especially when these items were not asked for in the first place.

They Give You The Silent Treatment

It can be hard to talk to someone when you are angry, but shutting out a child with the silent treatment is very damaging and immature. Dishing out this passive-aggressive treatment hurts any type of relationship and makes the recipient feel pressured into fixing the situation, even when they didn’t do anything wrong. If a parent is too mad to have a rational conversation, they should excuse themselves for a few minutes instead of blatantly ignoring their child.

Parents can justify keeping a close eye on their children and, in certain situations, it may even be necessary to do a bit of snooping to keep them safe. However, everyone needs to be able to set boundaries for themselves, especially teenagers. Parents who are toxic override these boundaries at every turn, and this causes numerous problems. For example, a toxic parent will open their child’s door without knocking first. This sets up a pattern that makes it hard for their children to properly recognize and understand boundaries later in life.

They Make You Responsible For Their Happiness

If one of your parents spent a lot of time telling you how much they gave up for you in connection with their unhappiness, then they were placing unrealistic expectations on your role in their life. No child should be held accountable for their parent’s happiness. Also, parents should never demand that children give up things that make them happy in order to even out the score. Being forced into this situation will make it difficult for adult children to understand that we are all responsible for our own happiness.

Removing toxic people from your life may seem impossible, especially if one of them is a parent. Unless you take action, though, it will be much harder to correct the emotional and psychological damage that was done to you during your childhood. On the plus side, any toxic parent who recognizes themselves within the 13 points in this article can turn to a trained counselor for assistance with breaking their negative behavioral patterns.

1. They Fail To Provide You With Affirmation And Security
2. They Are Overly Critical
3. They Demand Your Attention
4. They Make Toxic “Jokes” About You
5. They Cause You To Justify Terrible Behavior
6. They Do Not Allow You To Express Negative Emotions
7. They Scare Even Their Adult Children
8. They Always Put Their Feelings First
9. They Co-Opt Your Goals
10. They Use Guilt And Money To Control You
11. They Give You The Silent Treatment
12. They Ignore Healthy Boundaries
13. They Make You Responsible For Their Happiness 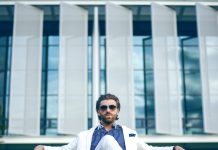 28 Reasons Ben Wyatt Is The Best TV Boyfriend Of All...

21 Frustrating Realities Of Being A Black Nerd