We live in an era where technology has become an important part of our lives and what’s a life without a good, functional phone, right? Well, even though there are people who are strongly against phones and technology taking over our lives, the truth is that you can’t function properly without owning even the simpler phone.

Every period has its beauty, we can’t just ditch the cell phones, because we simply hate the fact that we are not owning the phones, but phones own us!

If you see it this way, then you can grieve over your lost generation and look down upon the new generation. However, no one can deny that cell phones eased our lives and the rapidly advancing technology is giving us all the opportunities and perks of the 21stcentury, basically on a silver platter.

And it’s a pity not to take full advantage of it! Everyone can afford a decent phone, with basic functions and properties, from internet options to cheaper phone calls, we literally have the world at our feet. We just need to use it wisely!

Well, sometimes technology can fail us. With all the advantages it has to offer, the phone can disappoint us as well, in many situations when we need it the most. How many of you have been in a situation, when your life or career depended on a call which would have changed everything and your phone was dead?

I’m sure that we’ve all had that moment, especially since we don’t have the time to fully charge our phone and sometimes even that is not enough to last through the whole day.

It seems that the lifespan of a battery depends on us. In other word, we are charging our phones the wrong way this entire time.

How do you charge your phone?

Most of us, plug our phone before we go to bed, because in this way we woke up to a full battery and hopefully it will last until the end of the day.

Luckily for us, Battery University stated that our phones will perform much better if we don’t over-charge them, or in other words, if we charge them occasionally, whenever we need to.

So, it seems that you don’t have to wait until your phone is fully dead so you can plug it in. On the contrary, whenever you have the time or need, charge your phone for a while and then don’t wait until it fully charges.

According to Battery University, you’re doing more damage to your phone, then expanding your battery, because lithium-ion batteries go through their own type of “stress” and if that stress is extended, then it comes to times when they give in to the stress and start to quit and that can reduce your phone’s lifespan.

If you practice to charge your battery overnight, you may damage your battery for good. By doing so, your phone is plugged in even if it’s fully charged and it’s put under a great stress and enormous tension, which eventually destroys your battery.

So, whenever your phone is fully charged, don’t leave it on the charger, unplug it and expand the lifespan of your phone’s battery.

As Battery University suggests, it’s better not to charge it fully to a 100%, because the high voltage causes a stress to the battery and after a while it wears it away.

If you plug your phone once in a while throughout the day, this will be better for the Li-ion batteries, because as the Battery University explains, it’s the same with humans, we don’t exercise so excessively or long for instance, but we are doing it occasionally.

The same applies to your phone charging, don’t push your battery to its limits, instead plug it in whenever is needed and for a shorter period.

How to expand your battery lifespan?

So, don’t feel bad if you plug or unplug your cell phone numerous times of the day, because it’s better if you do so. Battery University established that plugging your phone in when it loses 10% is the best thing you can do, however depending on the dynamics of your day, stick to the rule to charge your phone occasionally, multiple times in the day.

In this way, you reduce the “stress” of the battery, it performs better and longer, and you have a more functional phone throughout the entire day.

Things you should know about your battery:

If we bear all this in mind, we’ll conclude that maybe it’s our own fault that our phones die on us. However, it’s never late to apply these simple advices and prolong your phone’s battery lifespan. 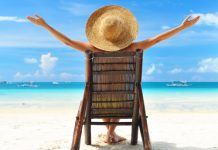 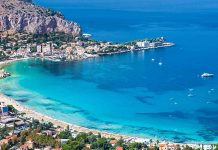 18 Ways To Save A Bunch Of Cash Without Even Trying

33 Crucial Lessons To Learn From Rihanna In Your Twenties